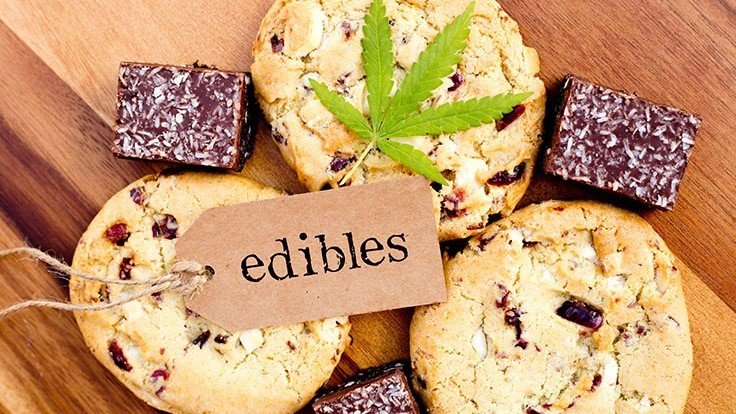 Making Infused Edibles at Home is Easier than Ever!

Making infused edibles at home is easier than you may think! One very economic and fun way to explore or utilize hemp is to make infused edibles (consumable goods such as candies or drinks) out of it. Many old school cannabis fans are used to the standard way of making edibles– by “decarbing” hemp/cannabis flower in an oven and/or infusing it into something fatty like butter before cooking it into an edible.

But today, the process to make infused edibles is easier than ever thanks to ready-to-cook hemp concentrates such as distillates and isolates (more on that below).

Concentrates, in the context of hemp, refers to any part of the hemp flower that has been separated from the rest of the flower in a highly concentrated amount. This is especially good for cooking purposes, for customizing vape juices, or for people who want hemp goods that are focused on just one or a few cannabinoids.

Cannabinoids are hemp compounds, mostly found in the hemp/cannabis plant, which can attach themselves to the endocannabinoid receptors in the body. These include Delta 8 THC, Delta 9 THC, CBD, CBN, CBG, THC-O, THC-P, etc.

Distillate (sometimes called “sauce”) is a common type of cannabis concentrate which can reach over 90% potency/concentration of whatever cannabinoid it holds and is typically solid or semi-solid at room temperature, and oily when warmed. We sell many distillates including 3Chi’s Delta 8 THC and HHC in various strains and two sizes.

Modern distillates often contain cannabis essential oils (terpenes) and have blends of different cannabinoids, such as 3Chi’s Comfortably Numb blend that we carry, which is a nice blend of Delta 8 & CBN.

Isolates are another common form of concentrates which are 100% pure and generally in a powdery or crystalline form. Extract Labs’ CBD Tincture and HHemp’s CBD+CBG Tincture are made using CBD and CBG isolates, so they contain no traces of other cannabinoids nor any other hemp plant matter. Isolates and tinctures are also great for cooking, and I often use isolates alongside distillates in my edibles.

First, allow me to address a commonly asked question from our customers who are used to making edibles with cannabis flower:

“Do your distillates need to be decarbed?”

Nope! The concentrates and other edible-infusable products that we carry at our store do not need to be decarbed or otherwise prepared for cooking. This simplifies the edible-cooking process tremendously. If you happen to be someone who enjoys the decarboxylation process, we carry some CBG+CBD hemp flower that can be cooked like an old-school edible!

Modern cannabis edibles include a range of goods including brownies, chocolates, gummies, rice krispy treats, and drinks. Many dishes can easily be turned into edibles by infusing concentrates into ingredients such as butter, honey, peanut butter, or icing. This can be a great way to create edibles in bulk, or to create a long-lasting supply of a hemp-infused ingredient.

Even everyday dishes such as lasagna, pizza, macaroni, and ice cream can be infused with distillates (although I haven’t tried infusing pizza myself. But you can find THC-infused ice cream at The Burnt Pot!).

Warmed distillate is oily, so recipes that need oils and/or contain fats are generally best for making edibles out of. Edibles that are high in fat also tend to hit stronger, as cannabinoids need fat to bind to in order to be properly metabolized.

Eating Homemade Edibles: What to expect

If you’ve never tried an edible before, we sell several edible products and samples (including one free small edible with every purchase from our store) that I recommend trying before making your own.

But to put it simply, edibles typically provide stronger and longer relief than smoked or vaped products. Vaping 20 milligrams of Delta 8 will last significantly less time than eating a 20mg gummy or chocolate. Generally edible effects take under an hour to kick in, will peak 1-3 hours later, and will mellow out over the next few hours. But it depends on many factors such as dose, metabolism, tolerance, and stomach content.

A good starting dose for most cannabinoids is around 10mg per serving. The only exceptions are more powerful cannabinoids such as THCP, which should be taken at much lower dosages for first timers or those with low tolerances.

A minority of people lack the enzyme

needed to digest cannabis edibles and receive no or little effects from them.

It is always recommended to go low and

slow with edibles if you are not used to them, as it can be uncomfortable

if too much is consumed at once.

Nano-emulsified, aka water soluble products, kick in extremely quickly (typically within seconds or minutes) but can last several hours.

When something like THC or CBD is vaped or smoked, it nearly instantly reaches the bloodstream and quickly takes effect. For most, the effects typically dissipate within a couple hours. Typical edibles, on the other hand, take a much longer time to digest. I’m no expert on the human body, but I understand that the THC has to pass through a lot of liquids and often solids too. Not only that, but with the THCs like Delta 8, 9, and 10, a process happens within the liver where THC is converted into a significant amount of another cannabinoid, 11-Hydroxy-THC. So effectively, a lab experiment just happened in your body. Cool, right??

“Oh no, another cannabinoid to remember!!!”

Don’t worry! All you really need to know is that 11-Hydroxy-THC is quite a bit stronger and lasts much longer than Delta 8, 9, or 10. It also tends to be much more of a body high than vaped or smoked products, which tend to be more heady.

It is unclear at the time of writing this article whether this process happens with all of the new cannabinoids like HHC, THC-P, THC-O and HHC-O. Based on many users’ experiences, it seems to happen with all THCs and HHCs.

There are several fun ways to make edibles! Many common methods can be found with a quick google search, but I’ll walk you through the simplest way that I’ve found using a very quick and simple edible recipe.

Outside of the food ingredients, you’ll only need a few things for this and other amateur recipes:

This is one of the simplest edible recipes that I know. I used to make this with decarbed flower, but today it’s even easier.

Pro tip: This is also when you can add a dropper of a tincture to your edible.

The same process described above can be used to make many types of edibles. Two of my favorite simple recipes are chocolate bars and simple baked goods out of a box. The chocolate bars require melting chocolates and a mold. For baked goods, you can simply mix the distillate into the batter and/or icing.

The nano-emulsified tincture and syrup that we sell is the best way to make hemp-infused drinks. Both are great for making at-home pot-tails (pot cocktails), like the ones we sell at The Burnt Pot. Our Dr. Herb’s Nano-Emulsified Delta 8 Tincture is also great in hot cocoas, lattes, and more.

Other Methods/Tips: Other ways to infuse your edibles.

We sell tinctures other than our CBD isolates that also can be easily infused into edibles. These include Delta 8, Delta 9, CBN, CBG, CBD isolate, broad spectrum CBD, and full spectrum CBD tinctures.

All of the vape cartridges that we sell contain distillate, terpenes, and other forms of concentrate in them that are absolutely safe to ingest orally. If you have a bunch of old or crystallized cartridges lying around, you can use the distillate inside of them to make edibles. Many frequent distillate users will collect all of their “leftover” distillates over time to make a hodgepodge batch later on.

PrevPreviousCannabinoid Blends: Learn about the 6 of the most popular blends on the market.
NextTHC-H, THC-JD and THC-B: Your Guide to Trace Cannabinoids and Their EffectsNext 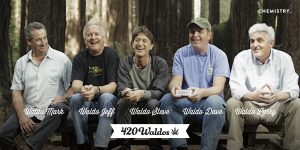 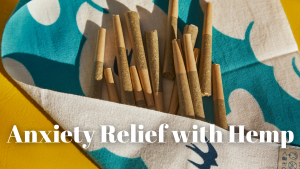 These days, most people suffer from anxiety to some extent. The world is stressful, now more than ever. Humans have been using cannabis to help 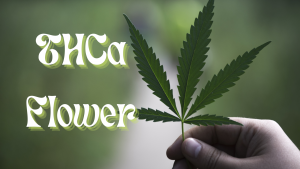 THCa Flower: The Next Big Thing in Hemp

The industrial hemp industry grows more and more each day it seems. There are always new products and cannabinoids hitting the scene. But, hemp flower